Under his brand name and alias Generdyn, Joshua creates music and sound design for various trailer music houses and had his work placed in a wealth of huge motion picture and game advertising campaigns. Among those are Hollywood franchises like Doctor Strange, Star Wars or Captain America as well as game titles like Titanfall, SOMA and Battlefield 4.

EPICOMPOSER: Joshua, thank you for taking some time off your schedule to do this interview with me! Please tell our readers a bit about yourself and how you got started in the trailer music industry.

JC: Thank you for the opportunity. I’m 21 and live in Australia with my family who I run Generdyn Music with. I’ve always loved to write music that I’ve enjoyed listening to and was on a journey from playing guitar and writing dinky rock songs, to dance music and then finally landed on trailer music.
I came to a cross roads at 17 years old where I needed to find a way to make a living from writing music and creating new sounds or get a real job.  Fortunately, I found out about trailer music and started doing some work with Doug Brandt at Phantom Power and Tim Gedemer at Sourcesound, who were kind enough to accept and coach me on my very early stuff.

EPICOMPOSER: ‘Generdyn’ is both your company’s name and the artist name you’re known under among publishers and composer colleagues. Who and what is Generdyn exactly?

JC: Wow that’s a big question… So, Generdyn is a family company my Mum and Dad started for doing web & software development. I used the name to remain anonymous in the early days. Dad was a bit frustrated with the web business and really needed my help, but I wanted to do music. He eventually realized how much I loved doing music and hated web development so he challenged me to find a way to make money from music so I could do it full time in the family business. Generdyn started out with a business focus and I don’t see that ever changing because it’s contributed to our success.  My Mum and Dad are my business partners with Dad being the Managing Director of Generdyn. His business experience has sure helped avoid many of the industry pitfalls.

EPICOMPOSER: One of your recent achievements includes contributing music to an album which was recorded with a live orchestra in London’s legendary Abbey Roads Studios – a dream coming true for virtually any aspiring composer. Please share some insights of this remarkable experience with us and tell us how it felt, hearing your own music being played by a massive brass section in this iconic recording place.

JC: When I was visiting Los Angeles earlier this year, a friend of mine, Robert Bennett, asked me if I’d be interested in working with him on his latest Abbey Road album project for Glory, Oath + Blood and Warner Chappell. I was lucky enough to be present for the recording session with my talented composer friends and supply the synth and percussion parts for 8 tracks on the album. Being in that amazing place and hearing the musicians live was easily one of the best experiences of my life and I’m pumped to share when it’s released! 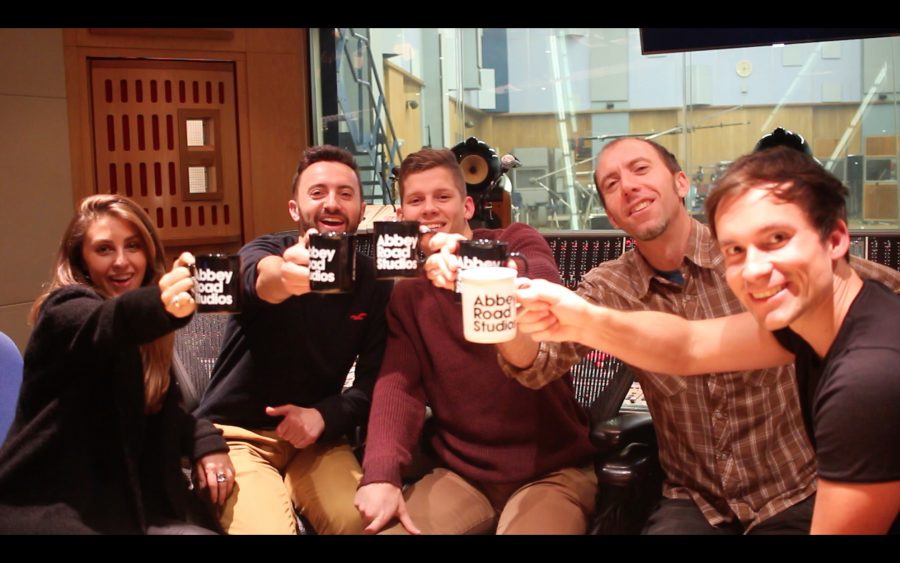 EPICOMPOSER: You recently contributed sound design to EA’s highly acclaimed first-person shooter Battlefield 1. Tell us a bit about your involvement and how you made the transition from scoring video game trailers to creating sound for the actual game itself.

JC: I felt honoured to work alongside Samuel Justice at Sweet Justice on a bunch of sounds for the in-game single player cinematics for BF1. The DICE Audio team and Sweet Justice did the majority of that work, but I got to play a small part which I’m so thankful for and extremely humbled by.

EPICOMPOSER: Over the past years, your music was licensed for a lot of Hollywood trailers. Two of your most recent placements include advertising campaigns for Doctor Strange and Jack Reacher. How many tracks did you have to write until you scored your first placement and what do you think marked your breakthrough?

JC: It took me a whole year of writing trailer music before we landed our first license on a TV Spot for the first Maze Runner film.  It took me a while to really strip the music down to the bare basics and focus more on what the editors needed for their trailer cuts to be approved.

EPICOMPOSER: Besides composing epic, hybrid orchestral music, one of your big strengths lies in creating powerful trailer sound effects. Last year, you created your very own, hugely successful commercial trailer FX sample collection named Scenes From The Multiverse, published by Audio Imperia. Please tell us a bit about the development of SFTM and how you managed to create those epic, earth-shaking sounds.

JC: To any great sound, there is great source material and the unsung heroes of SFTM are two recordists we hired, Daniel Da Silva and Saro Sahihi. They contributed some amazing source material including a Sonic Forest, Moog Synths and bashing random objects at a junk yard.  Processing-wise I used the usual suspects including Waves, Sound Toys, iZotope and Native Instruments plugins to create hundreds of processed sounds, which I then culled back to the best 120+.

EPICOMPOSER: Talking about sound design, do you have a go-to workflow when it comes to designing FX? Are there certain plugins you find yourself using frequently?

JC: Like writing a good melody, a good sound starts in your head and is brought to life through the appropriate source material and the right amount of mangling and manipulating. I use OTT by Xfer Records on nearly everything, it’s my favourite plugin to smash the living daylights out of things with and give new life.
(Editor’s note: Xfer’s OTT is a free plugin available at xferrecords.com)

EPICOMPOSER: Would you open the door to your secret sound design lab a bit and share some of your favourite tricks to achieve an epic, cinematic sound?

JC: There is this cool preset in Native Instruments’ Driver plugin called ‘Underwater’ which I love to use on some explosions to create textural stuff. One thing I would say is that beyond tips and tricks, the mentality and what makes a good sound designer think something sounds good interests me a lot. I reference the hell out of sound designers like Charles Deenen and Samuel Justice, to me those guys are my sound design heroes!

EPICOMPOSER: Apart from knowing your tools and craft, what other skills do you think are most essential for becoming successful in the industry?

JC: I would say one of the things at the top of the list would be having a mentor who knows the industry and is there to help you grow – just having a fresh perspective from someone who isn’t as emotionally invested can do wonders and save lots of time which potentially would be spent down unfruitful rabbit holes. Having my Dad as my business mentor has helped so much, it’s in the details.

EPICOMPOSER: Having achieved so many remarkable milestones in quite a short amount of time already, what are your career goals for say – the next 3-5 years?

JC: In the next 5 years I would like to have my new studio built, release some more music with live musicians and be a part of scoring a AAA game or movie. Getting to do more collaborations with people who are passionate and driven is something I would love to do more.  That would be the dream!

EPICMPOSER: Totally random question – your home place Australia is well-known for both its beautiful landscapes and deadly creatures. What is, in your opinion, the most dangerous thing you got Down Under?

JC: Haha, good question! I would say the most dangerous thing would probably the Gimpy Gimpy plant, also known as the suicide plant.  It grows in the tropical regions of Australia and looks as harmless as the next plant, but if touched releases these small hair-like follicles that penetrate the skin and cause agonising pain for up to 12 months.  The only way to prevent and get rid of the tiny follicles is to use a waxing strip to immediately rip them out before they become embedded under the skin. Pretty nasty hey!

EPICOMPOSER: Are there any upcoming projects you’re allowed to tell us about?

JC: There is a lot happening currently but some of the projects I’m excited about would include the Abbey Road trailer album with Glory,Oath + Blood, collaborative albums with some talented friends of mine and some additional sound design for an AAA game.

EPICOMPOSER: My final question – If you had the chance to collaborate with anybody – deceased or alive – who would that be and why?

JC: Oh there is so much talent out there!  If I had to narrow it down it would be great to collaborate with someone like Junkie XL, because I think he’s creating some super creative and interesting content.  I think our sensibilities would mesh well. 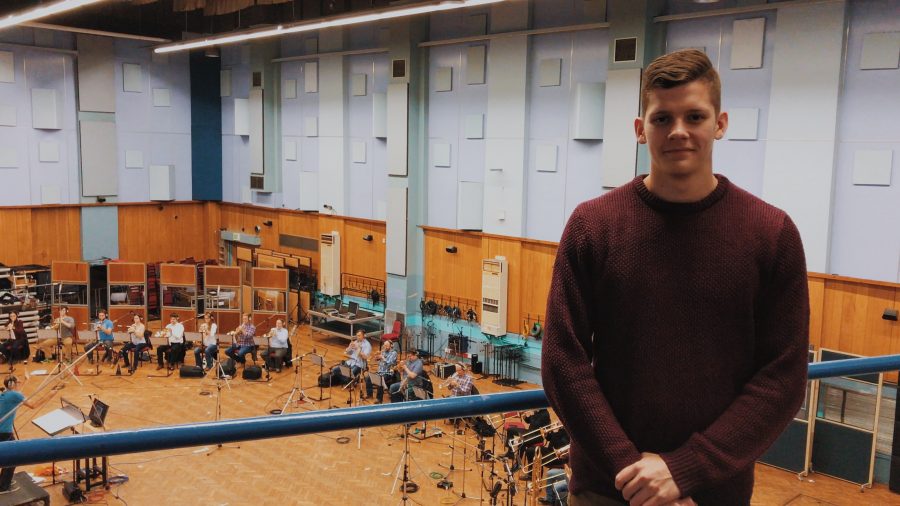 EPICOMPOSER: Joshua, thank you so much for your exciting insights! I wish you continued success with Generdyn and hope we get to hear and see more of you in the future. Hoo Roo mate and Goodbye!