In this review, we’ll have a look and listen to Spitfire Audio’s brand-new solo string library and find out together how much of a useful enhancement it can be to the company’s existing products.

Spitfire Solo Strings is a product that brings its developers back to the early days of the brand’s history. Six years ago, Spitfire Audio released a solo strings library as one of their very first products. Over the course of time, Spitfire Audio gained a huge amount of experience in recording, scripting and sampling which is why they found that it’s time to put the popular but outdated product to its hard-earned retirement. It is now replaced with a completely new solo strings library, one that meets modern standards. In contrast to their other two orchestral string libraries Chamber Strings and Symphonic Strings, which use the original samples of older libraries combined with a completely revamped scripting and programming, the new Spitfire Solo Strings comes with an entirely fresh set of samples. Spitfire Solo Strings is a 66 GB large sample library hosted in Native Instruments’ KONTAKT sampler.

Teaming up with 6 of Britain’s most prestigious string players, the developers for yet another time went to AIR Lyndhurst Hall to capture around 41,000 samples and work them into what has become probably the most comprehensive orchestral solo strings library on the market right now. Spitfire Solo Strings features 3 violins recorded separately, one viola, one cello and one double bass. Each of the three violins features a distinct playing style and was recorded with different players. The three types, “Virtuoso”, “1st Desk”, “Progressive” each come with their own set of articulations and positioning in the hall. This was done to provide you with a palette of tonal colors that each have their very own applications in an orchestral arrangement. More on this a bit later.

The library’s interface sticks to the company’s established concept and features the same easy-to-use GUI and all the controls and functions you may know from other Spitfire Audio libraries.

The Overview Panel offers quick access to all the articulations you loaded with a respective NKI patch. You’ll also find a simple microphone position slider called ‘Easy Mix’ which lets you blend seamlessly between a close and a far mic position. Additionally, you are provided with various, freely assignable sliders, controlling sound modulation options like Dynamics, Vibrato Release Length and Expression.

By clicking on the white wrench icon in the top-left of the interface you gain access to the General Controls Pane. It offers a deeper level of control options such as round-robin behavior, sample purging and CC mapping. You’re also provided with a more detailed mic mix control featuring an individual slider for each of the three available mic positions (Close, Tree, Ambient).

The last control panel, the Ostinatum, is found on all the short articulation patches. It functions like a blend of step sequencer and arpeggiator and allows you to quickly create complex ostinato patterns. While providing plenty of customization options, you can just as well make your life easy and load up one of Spitfire’s pre-configured Ostinatum presets.

SPITFIRE SOLO STRINGS IN USE

Upon taking a first look at the library’s file structure, you’ll find 6 instrument patches that each combine sets of the most commonly used articulations. You can easily switch between articulations by pressing the according keyswitch, which allows you to quickly create expressive string lines. While these pre-configured sets of long, short and effect articulations are perfect quick starters, you can of course load each articulation for every instrument individually. These patches can be found by going to the library’s “Advanced” folder and clicking the “Individual” sub-folder.

The Advanced folder is also the place where you can find the so-called Performance Legato patches for each instrument group. These legato patches feature an intelligent script that adapts to your playing style – hence the name “performance” legato. The script analyzes the velocity and speed you hit keys with and triggers different transitions accordingly. Playing slowly and softly gives you slurred portamento transitions while playing at medium velocity triggers a more neutral fingered legato transition. Finally, hitting your keys at the hardest velocities results in a quick bow change legato. This way you can fully focus on playing and don’t have to worry about keyswitching legato transitions.

As mentioned before, Spitfire Solo Strings comes with not only one but three distinct violin modes and players: Virtuoso, 1st Desk and Progressive. Each one features its own set of articulations, playing style and sound. Another thing to point out is that the three violin players were recorded at different locations in the hall, enabling you to create interesting stereo arrangements when combined. 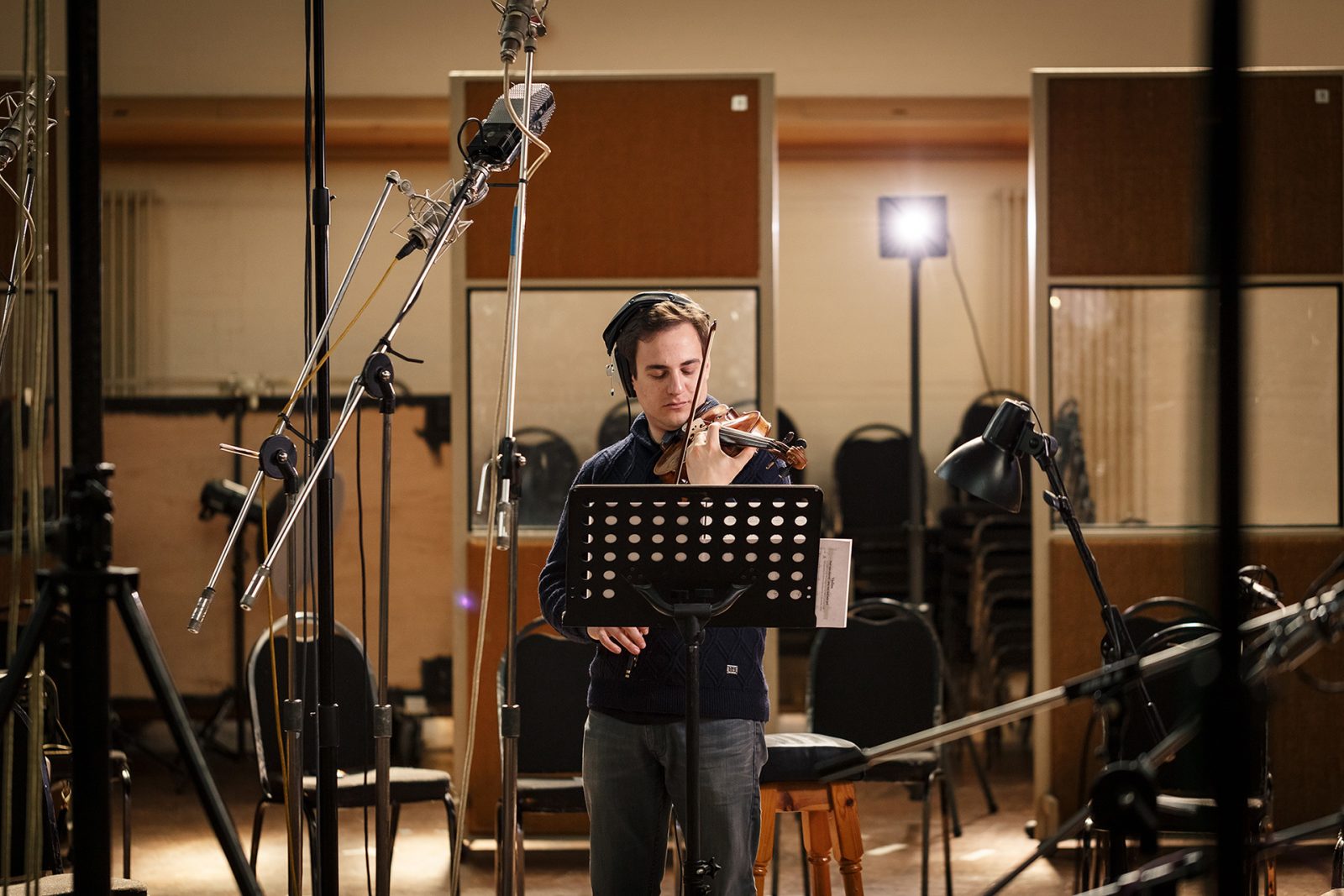 The first option, Virtuoso, was recorded with a standing player and captures the sound of a sonata, or a featured soloist out in front of the orchestra performing in a “concerto” style. The 1st Desk violin was recorded on the front desk of the first violin and is the perfect option if you want to add definition to an ensemble string line while still maintaining a cohesive sound. Just as a first violinist would do, the 1st Desk violin plays “out” and leads the orchestra. The Progressive violin was recorded further away from the conductor, designed to fit into larger string sections, or offer up solo passages in a more contemporary fashion. It comes with a collection of experimental articulations that perfectly suit modern film music.

Regarding legato patches, only the 1st Desk violin comes with a dedicated legato articulation at the moment. I don’t really see the point why you wouldn’t record legatos for the other two violin styles, since their sound and positioning in the hall would make for a very interesting color. However, keeping Spitfire Audio’s recent release philosophy in mind, one could guess that a legato option for the Virtuoso and Progressive violin may become available in a future Expansion Pack.

THE SOUND OF SPITFIRE SOLO STRINGS

Besides the usability and gentle learning curve, the sound of Spitfire Solo Strings really is one of its biggest strengths. Each of the six instruments features an intimate, warm and lively sound that is a joy to listen to. Trying out some of the various articulations, you can really feel the skill and virtuosity of those players at your fingertips. Be it those beautifully expressive  Long Progressive Vibrato articulations or the experimental Mandolin Pizzicatos, Spitfire Audio covers a huge range of tonal possibilities. Lastly, the iconic hall the samples were recorded in certainly adds to the elegant and authentic tone of the string instruments. 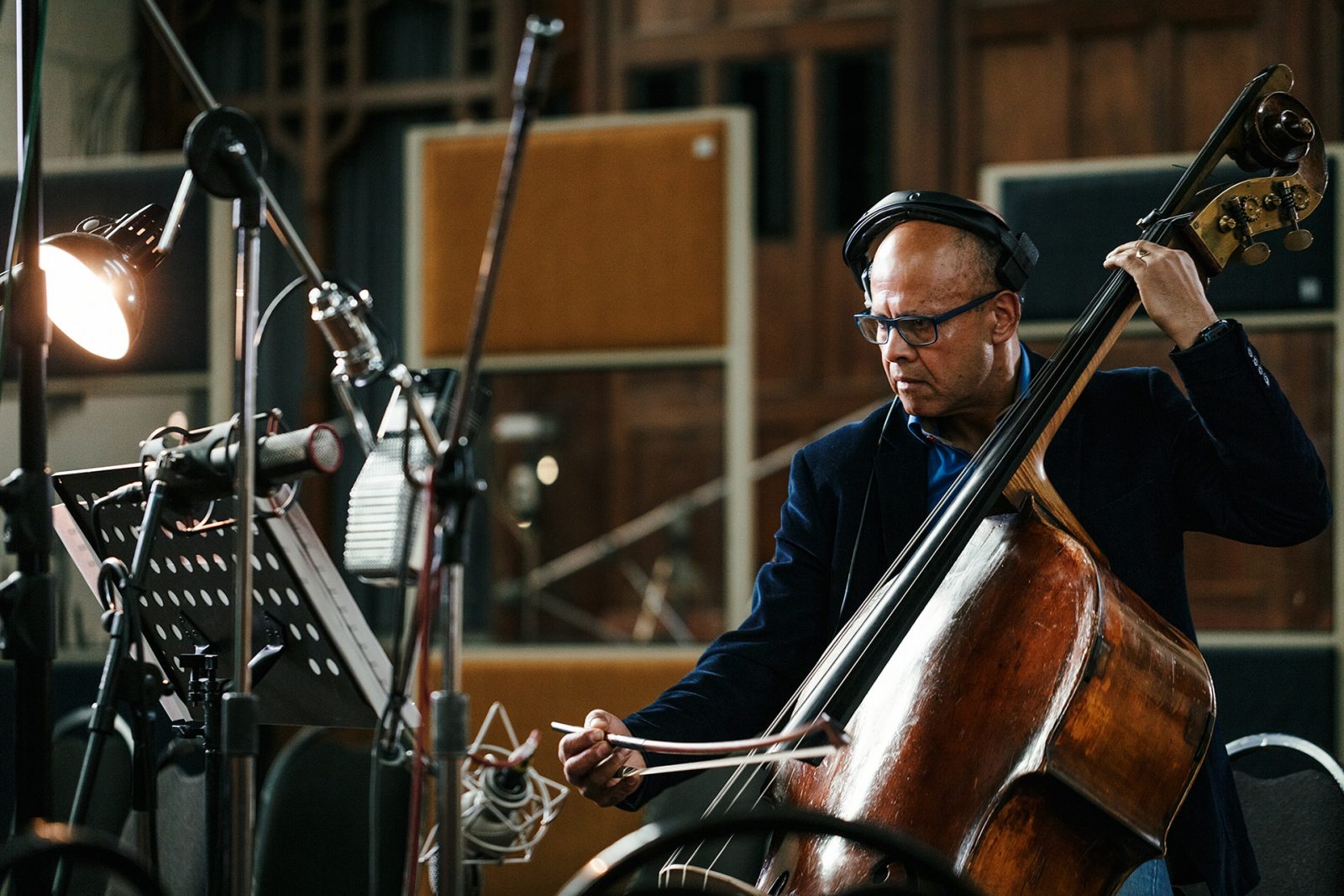 To really get the most out of those patches though, be sure to make extensive use of the Dynamics, Expression and Vibrato controls. They are key to achieving an authentic and realistic sound and letting them sit on a stationary setting just strips you from 90% of the library’s capabilities.

One final thing to mention if you’re user of one of Spitfire Audio’s other orchestral string libraries: next time you’re arranging strings, try to layer your ensemble patches with one of this library’s solo instruments. Because they were captured using the same recording space and signal chain, when mixed into the ensemble, Spitfire Audio’s solo strings will provide you with an incredible sense of detail and focus while keeping the big, symphonic sound coming from the ensemble.

Spitfire Solo Strings is an exceptionally well-recorded, -programmed and -organized product that will surely find its way into the composition template of many composers as a go-to solo string library. Its sonic possibilities are huge, taking into account all those beautifully crafted articulations and the versatile microphone mixes. Having three different violin styles at hand opens the doors to a wide range of applications, be it exposed, lyrical solo lines or the enhancement of larger ensemble passages. Spitfire Solo Strings provides you with the edge and intimacy of a small ensemble while still carrying a grandiose and filmic sound. The only small drop of bitterness might be the missing legato articulations for the Virtuoso and Progressive violin, but let’s first see what the nifty guys at Spitfire Audio got up their sleeves.

Spitfire Solo Strings is available through the company’s online store and comes with a price tag of $399.